When we got there, Uncle John took us to crash a wedding reception!! It was really fun and Zane was lookin' his best... 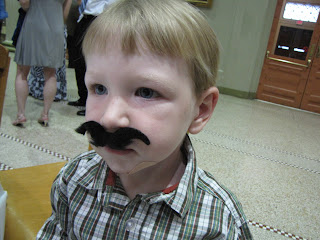 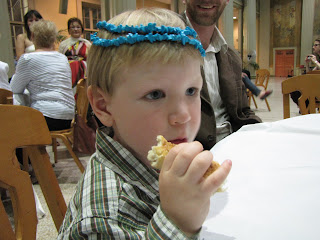 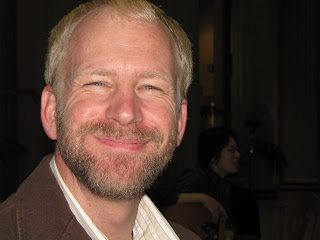 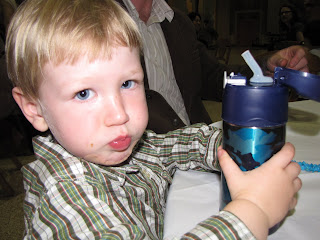 They even were serving "Obama Water" and Zane just loved it!! 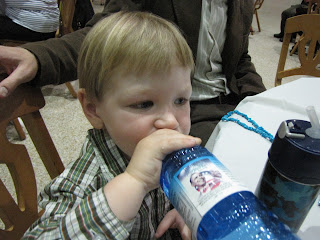 The next day we took a subway ride which Zane called the train and he just thought it was the coolest thing to do. I think if that was all we did, he would have been happy. 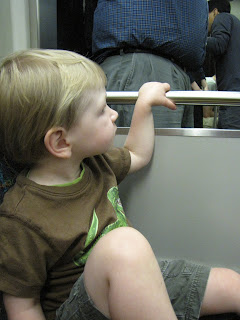 The Boston Aquarium was AMAZING!!! 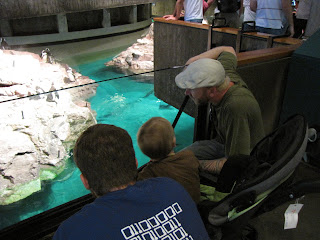 Michael came to join us and Zane had to show him his boots right away! 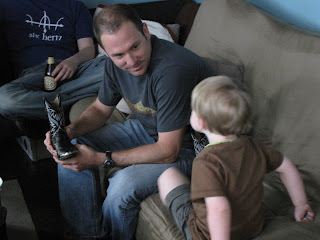 Our friend, John, we knew from Louisiana. In fact, all the folks we went to visit in Boston... we met in Louisiana. Pretty strange how things work. He now works on the MIT campus in the residency department. This was a room in his dorm that was originally designed as a meditation room. One day... it was turned into a giant ball pit and it never returned to it's original purpose... and really, why should it? This is so much better!! 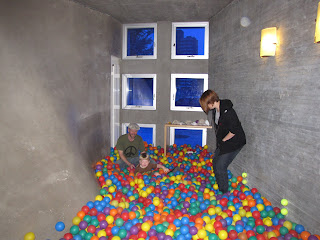 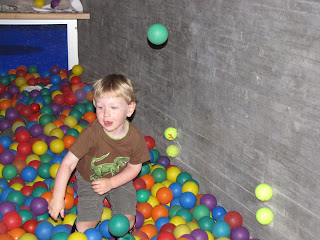 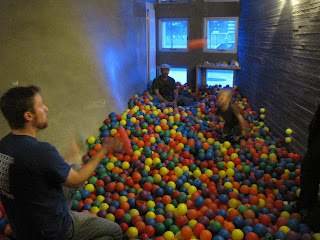 A wonderful dinner with the most wonderful people... 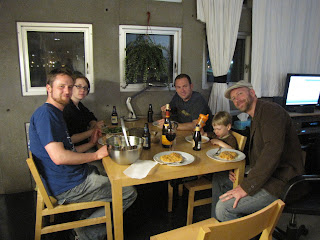 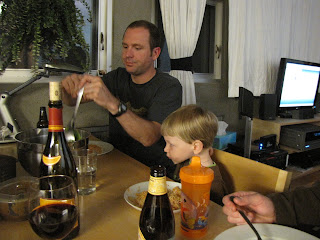 The dorm also had a very bizarre performance/lecture hall that we hung out in for awhile and Zane had all sorts of fun. Our friends (from Louisiana originally!) Mike and Holly just moved to New York City. They both made the 4 hour bus ride to Boston just to spend the day with us!!! It was so AWESOME to see them. Mike arrived at 3:30am in the morning and Holly came at about 10am. They were tired for sure but so ready to hang out. And that is what we did. We just hung out all day and just chatted and caught up on lives. Holly is also a nurse so she is the one that finished my poor job I had started on removing Zane's stitches. I was just so determined to not have to drag him into some strange clinic or hospital while we were there just to remove 3 stitches. Well, lucky me, Holly arrived to clean up my mess. I got one out completely but the other two were half in there still and I could not grab them. Thanks Holly!!! She was super awesome at it!! 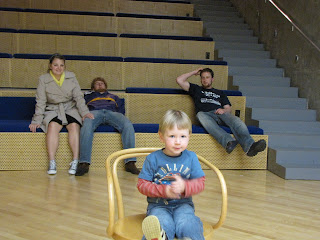 Daddy and Zane performing for us. So the best part about the piano being there is this... John, Mike and Paul were all in a band together with more back in Baton Rouge. Holly and I were always their best fans of course. So, at this piano, Holly and I actually for the first time ever, performed for the boys. It was a fantastic rendition of Chopsticks. Amazing! 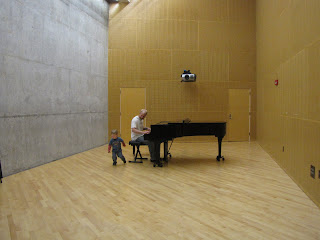 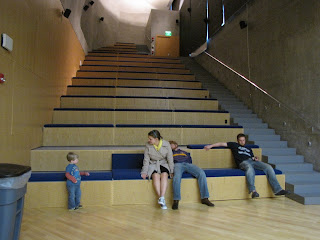 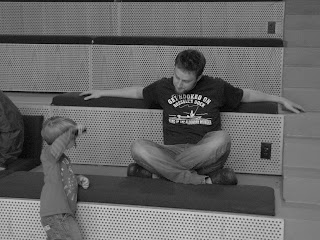 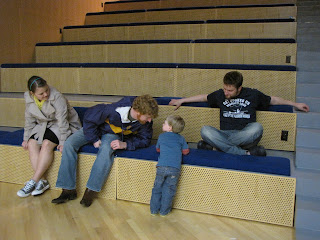 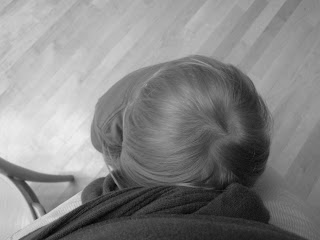 Mike wanted to make sure that Zane knew how to disguise himself as a lamp when need be. 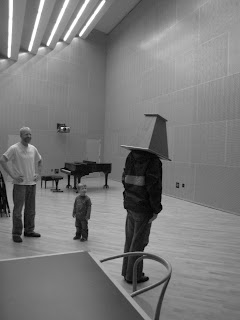 This is how one would travel as a lamp... 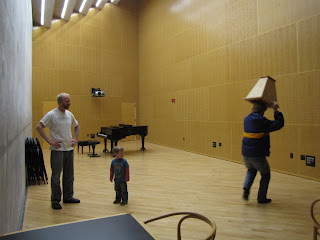 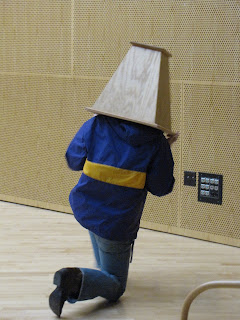 Then Daddy thought he should know how to disguise himself as a statue. Just in case... 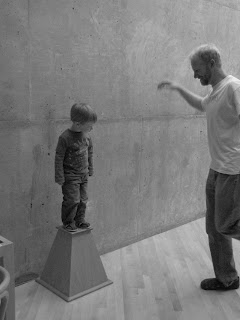 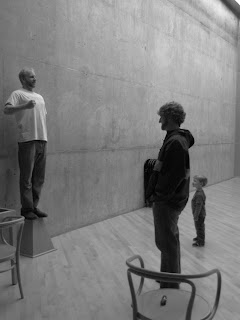 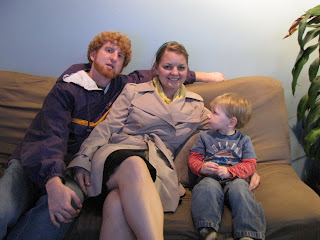 Then we had a quick visit with friends Paul, Lauren and Paul Carter (also friends we made in good ole Louisiana!) before heading off to New Hampshire. 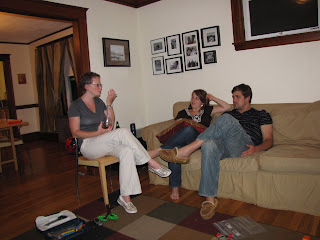 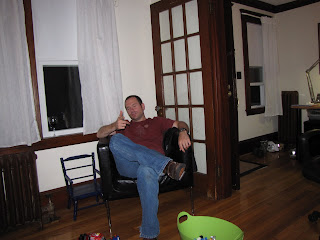 Paul Carter (really his Momma) was so kind to let Zane borrow some of their tools for our trip to New Hampshire. He was so happy to have them that on the car ride home he would not let go of them! He was so cute! 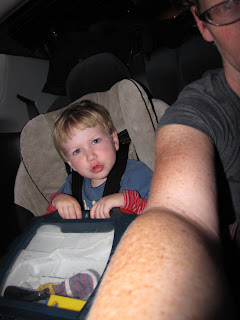