Today Zane got a big boo-boo... boooo hoooo!
He was all snuggled up in a cozy towel after a good swim with his Nona (who he was soooo excited to spend the day with!) and took a tumble and busted his chin open.
He got three stitches from the doc and he was so good but it was soooo hard and scary. He really was so scared and I do not blame him. That stuff is scary! It was a long day and he has sacked out by 7:30. Even Paul and I crawled into bed at the same time and are about to call it a night (and it is not even 9pm yet!!)
When we got home he was just so tired and needed to settle that I offered to make him a cozy footbath. He LOVED that idea. I filled a bowl with warm water and lavendar and eucalyptus oil and gave him cup of dried lavendar to throw in there himself. (Thanks to Mothering Magazine for the idea... after that article it has stuck in my head) Then parked him in front of his favorite show and he was so calm and happy.
(Yes, he has a guitar band-aid on his chin!!!) 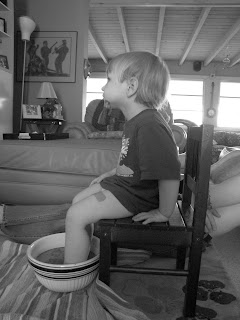 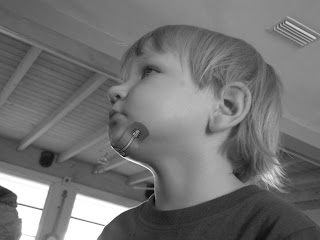 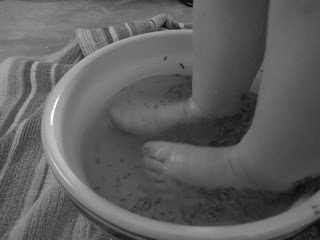